The missing piece of the puzzle for the legitimation of the humanities of parapsychology was provided in spring 2018. 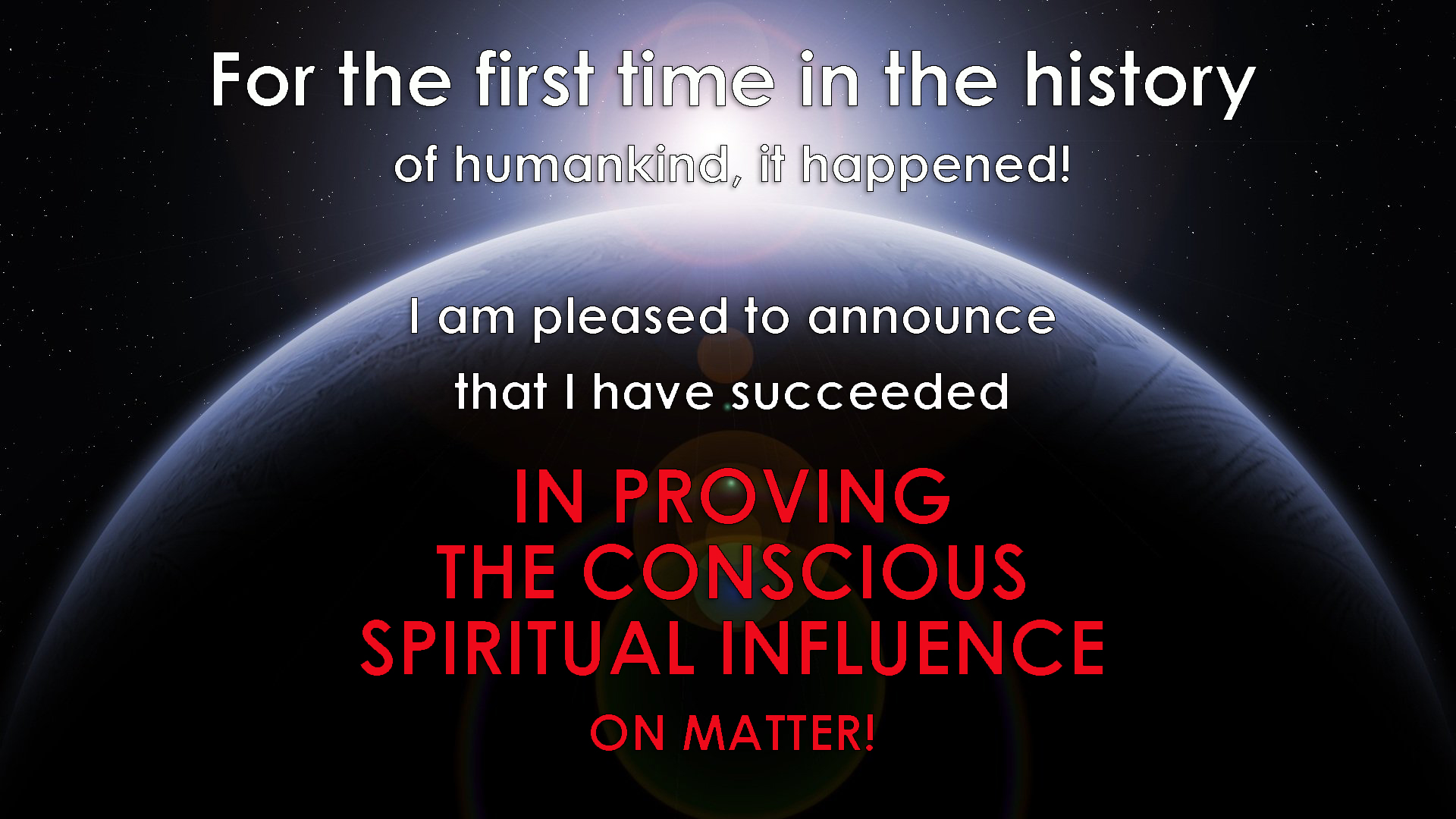 A parapsychological experiment with water samples reveals the result of a psychokinetic activity.

The parapsychological experiment was preceded by the generation of the PSI-Resonance-Method since this method represents the possibility of instrumentalizing PSI energy.

The aim of this positively completed parapsychological experiment was to document under laboratory conditions how and whether the PSI-Resonance-Method also affects solid matter. When documenting this experiment, meticulous attention was paid to making sure that the result was not a subjectively perceived change. The focus was on the fact that at the end an irrevocable measurable result is available on the basis of laboratory parameters.

Between 7 March and 18 May 2018, a chemical-technical and hygienic laboratory test was carried out on water samples at AGROLAB Austria GmbH. By means of such a laboratory examination, the changeability of the carrier substance can be shown measurably or not. For this purpose, water samples were taken directly on site in the laboratory under the same conditions and filled into containers. Half of the water sample containers were energised using the PSI-Resonance-Method. For this purpose, these containers were placed on a psi-energetically prepared “Vital Plate” for 10 minutes. During this time, the psi-energetically prepared plate transmits the vibration (stored information, frequency) to the water. All water samples were then stored together for ten weeks in the laboratory under the same conditions. For documentation purposes, AGROLAB Austria GmbH employees carried out chemical-technical and hygienic laboratory tests at certain intervals.

The final laboratory report shows that the germ counts of untreated water more than doubled (!) compared to the germ counts of water samples psi-energetically treated by the PSI-Resonance-Method. The test reports (see parameters listed below) clearly show that the so-called germ load has increased by >300 (CFU/1ml) with conventional water, whereas the psi-energetically treated water samples are 100 percent less loaded (150 CFU/1ml).

Therefore it could be documented that the psi-energetic treatment also has a positive effect on the solid matter (in this case on the water substance). The measurable result testifies that it is possible to influence matter positively with spirit. This parapsychological experiment furnishes evidence for the conscious influence of spirit on matter that has always been demanded.

What used to be only theory has now become a fact: By means of parapsychology (psychokinesis), one is able to instrumentalize PSI energy and thus to have a regulative effect on all living things in the sense of supporting and favouring.

This evidence shows that it is possible to exert a SUSTAINABLE influence on matter with spirit. It is now impressively successful to illustrate what lies in the feasibility of guaranteeing a lasting human development in the positive. 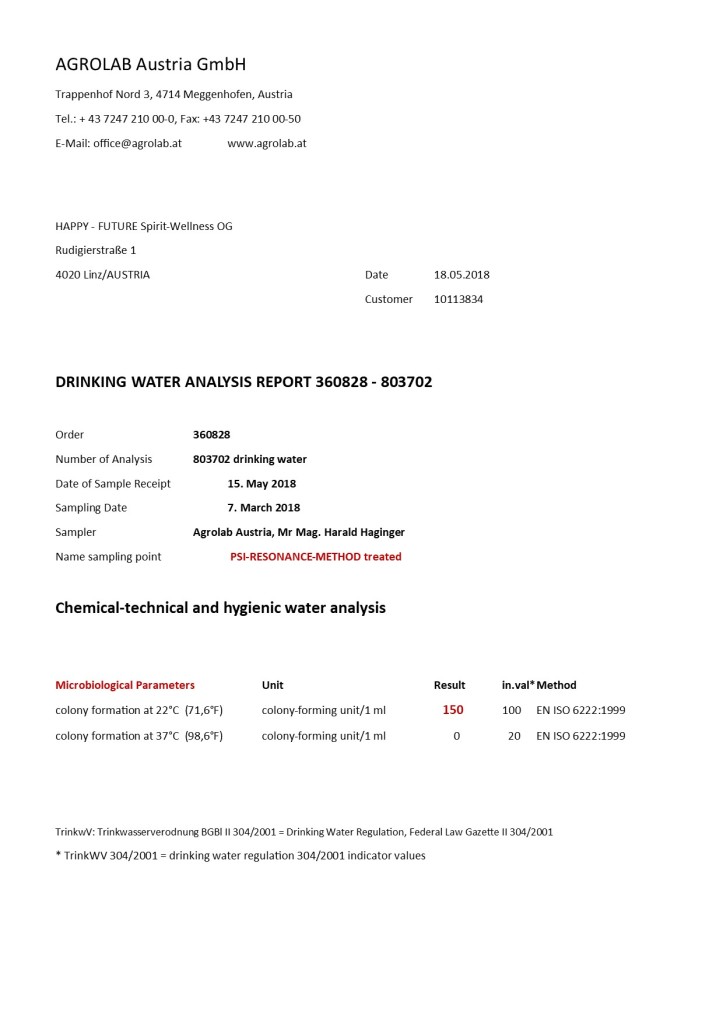 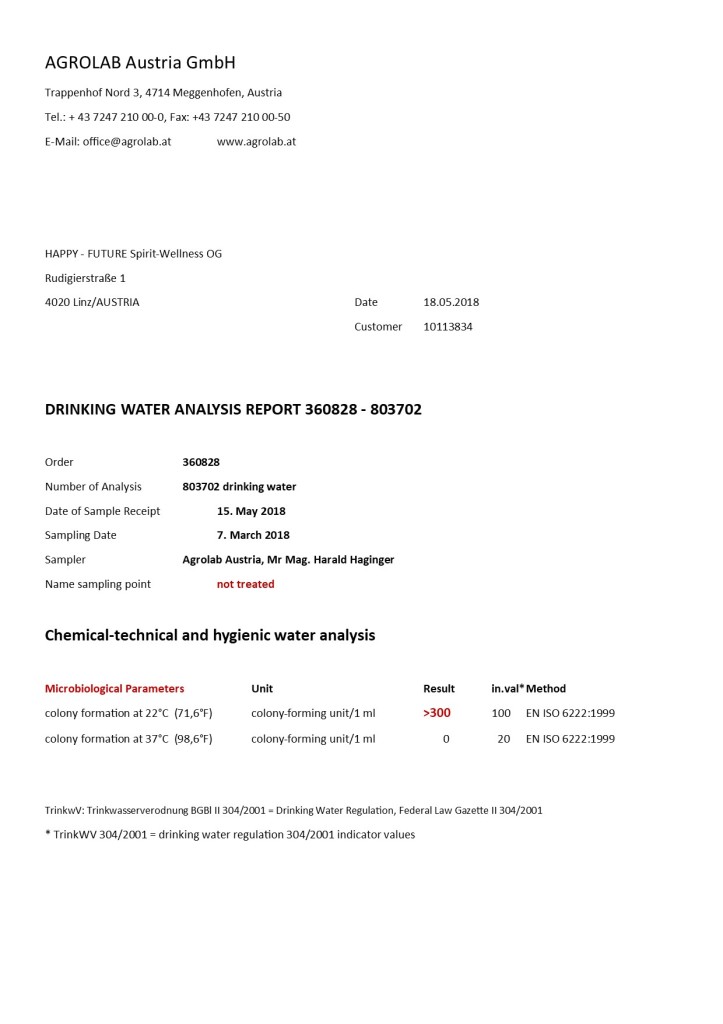 Parapsychology in its highest form can and will be the gain for humankind!

Together with the project group “HAPPY – FUTURE” I have the intention not only to administrate this result in the future, but also to bring the gigantic knowledge and possibility into health prevention, as well as to achieve a positive promotion of all relevant areas of life.